Turner Padget Graham & Laney, P.A. is pleased to announce that chief executive officer and shareholder R. Wayne Byrd will be inducted into the National Football Foundation Hall of Fame for his post-graduate achievements. Byrd will be honored at the annual awards dinner for the University of Georgia arm of the organization on April 18 in Athens.

“I am honored to be included among this elite group of fellow UGA graduates who have gone on to pursue prestigious careers in many industries,” said Byrd. “From my football career in the Southeastern Conference and the great Coach Vince Dooley, I learned valuable leadership skills and perseverance –perspective and lessons that I can apply every day in my service to clients and as a law firm leader."

Byrd, a starter on the University of Georgia offensive line, went to four bowl games during his football career. During those years Georgia won two Southeastern Conference championships. Wayne was a highly recruited offensive tackle for McClenaghan High School in Florence, S.C. following his performances on the field in the Shrine Bowl and North-South All-Star Game. Byrd selected the University of Georgia following several offers from leading Southeastern Conference footballs schools.

At Turner Padget, Byrd serves as chief executive officer overseeing the firm’s six core practice areas and managing the financial operations of the law firm. He also maintains a full-time legal practice focusing on business and commercial litigation, and counsels clients on matters related to bet-the-company and other complex litigation issues, serving large corporations and mid-sized businesses across the country.

Outside of the firm, Byrd serves in various leadership roles with the American Bar Association’s prestigious Section of Litigation. He is also currently a member of the organization's Trial Attorney Advisory Board.

Established in 1986, the National Football Foundation Hall of Fame's UGA Chapter is one of the largest in the country with approximately 360 members. The post-graduate achievement awards honor Georgia football lettermen who have distinguished themselves in their chosen professions. 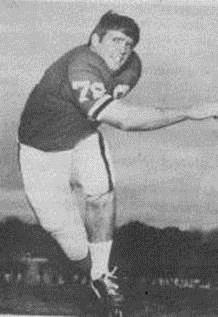